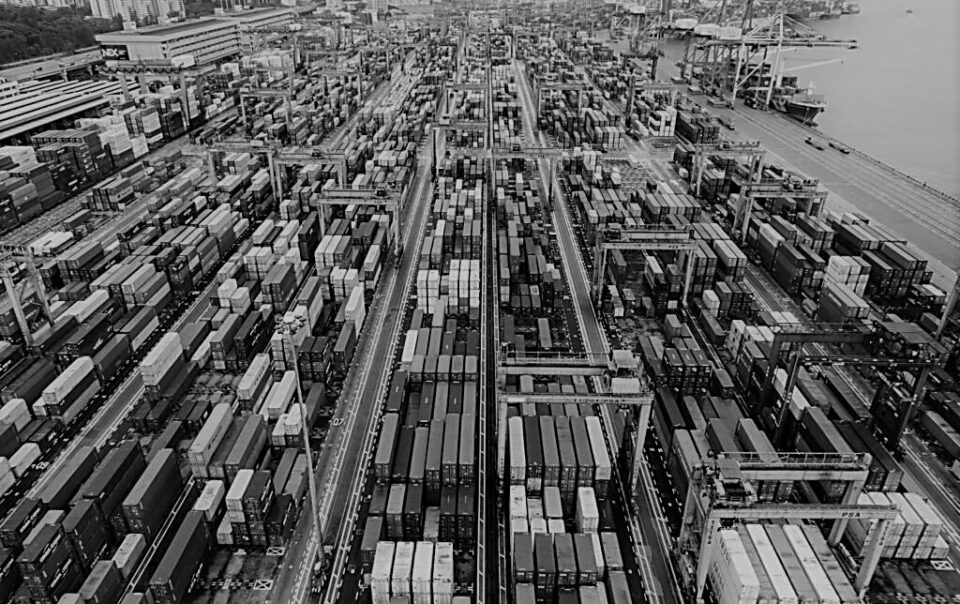 The Covid-19 pandemic and the ensuing economic crisis are significantly damaging South Africa’s economic prospects, sending the Rand further down vs. the USD and the EUR.

As we plan our recovery, and even more so as we are building a fairer South African economy, we strongly believe in the potential of agribusiness. In particular, we should take advantage of our currency devaluation and accelerate the export of agri-food as it will strengthen our trade balance, bring revenue in hard currencies, and create more jobs and black-owned agribusinesses.

Agribusiness is already punching above its weight. In 2019, according to Trade Map, South Africa exported over 10bn USD worth of agricultural and food produce, or 11% of the total exports, while the sector represents less than 2.5% of the country’s GDP. Agribusiness exports grew by 2% annually (in current USD) since 2010, underpinned by the reputation of high quality South African produce.

These exports are mostly high-value crops (e.g. deciduous fruits or nuts) and processed products (e.g. beverage, wine, and edible ingredients). These are labour-intensive and contribute to the economic development of rural South Africa.

According to the National Agricultural Marketing Council, the GDP growth of our ‘client’ markets is the most significant determinant of trade growth. With the world economy in turmoil, a predicted slow recovery and potential trade tensions, one should expect slowing or declining demand. Yet with the world population projected to grow over 8bn by 2030 and the increasing urbanisation, the fundamentals look strong in the medium to long-term. Even in a post-crisis world, South Africa’s products are sought after as the 7% growth in exports to the European Union between 2008 and 2013 demonstrates.

Additionally, some pundits argue exports weakens food security, pointing to the 1bn USD of cereal imports in 2019. This is a false debate. The key export crops (citrus, deciduous fruits, viticulture, tree nuts) use only 5% of the planted arable land. Fifty percent of imports are rice which South Africa is not agro-ecologically endowed to grow. Rather, the unacceptable food insecurity in many parts of the country is the product of SA’s deep-seated inequality and, rightly so, should be addressed with urgency. But with 1.6 to 1.8mn hectares of underutilised land according to McKinsey, SA possesses much potential to expand production of export crops and processed agri-food while reinforcing food security for all inhabitants.

South Africa clearly has a strong brand name in agribusiness. Yet, those exports are mostly driven by large, established commercial agribusinesses (est. 80% of total export value).

Emerging, black-owned agribusinesses struggle to develop the capabilities and capacity to export and lack market access. Growing exports, therefore, requires bringing more of these players into the game. This will contribute to rebalancing wealth inequality, without threatening the successful commercial agribusinesses, and create more jobs in rural communities and affiliated industries such as logistics. It is about ‘growing the pie’.

Mobilising the public and private sectors for a new growth compact

Growing South Africa’s agri-food exports requires the public and private sectors to join forces in a new social compact.
First of all, South Africa should ensure privileged access for its exports to key growth markets, namely on the continent, in the Middle East, and Asia, while ensuring the historic importers of its products remain open for business. Trade agreements should be strengthened and expanded on. The private sector with its network, clout and expertise should support the government’s agenda and amplify its impact.
Secondly, we need to reinvest massively in our energy, water and transport infrastructure. As the government hinted to a public-led investment in infrastructure to spur the post covid-19 recovery, the private sector could also act as a multiplier and provide support to ensure the efficient and rapid implementation of these projects.
Finally, emerging, black-owned agribusinesses could benefit from further investment from the private sector, in terms of capacity building, capital and access-to-market.
At BeyondSoil, our Agribusiness Builder model helps black agri-entrepreneurs commercialise, raise capital and accelerate their growth, and in doing so ‘grow the pie’ and create meaningful jobs with lasting impact.

This website uses cookies to improve your experience while you navigate through the website. Out of these, the cookies that are categorized as necessary are stored on your browser as they are essential for the working of basic functionalities of the website. We also use third-party cookies that help us analyze and understand how you use this website. These cookies will be stored in your browser only with your consent. You also have the option to opt-out of these cookies. But opting out of some of these cookies may affect your browsing experience.
Necessary Always Enabled
Necessary cookies are absolutely essential for the website to function properly. These cookies ensure basic functionalities and security features of the website, anonymously.
Functional
Functional cookies help to perform certain functionalities like sharing the content of the website on social media platforms, collect feedbacks, and other third-party features.
Performance
Performance cookies are used to understand and analyze the key performance indexes of the website which helps in delivering a better user experience for the visitors.
Analytics
Analytical cookies are used to understand how visitors interact with the website. These cookies help provide information on metrics the number of visitors, bounce rate, traffic source, etc.
Advertisement
Advertisement cookies are used to provide visitors with relevant ads and marketing campaigns. These cookies track visitors across websites and collect information to provide customized ads.
Others
Other uncategorized cookies are those that are being analyzed and have not been classified into a category as yet.
SAVE & ACCEPT